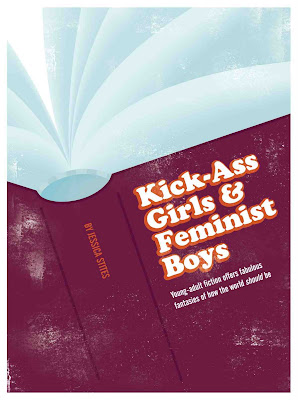 Writer Jessica Stites talks about today's kick-ass book heroines in the latest issue of Ms. magazine, and we got a peek at the story. In categories like Action, Gay/Lesbian, Satire, Civil Rights, Popularity and Angst, Stites highlights heroines who make us stand up and cheer. The piece covers many issues, but it all comes down to one key focus, which we at readergirlz love:

"...a certain kind of hero(ine): young, brave, rebellious and independ- ent. She disguises herself as a boy to be trained as a knight (Alanna in Alanna: The First Adventure); she drives a flying car across the U.S. to stop an alien invasion (Gratuity in The True Meaning of Smekday); she defends her father before an angry lynch mob (Scout in To Kill a Mockingbird). And although she may face flak for her nonconformity, ultimately it serves her well."

To see the full story (and the awesome array of books selected), pick up the latest issue of Ms. Magazine, on stands Tuesday. Or subscribe here.

So cool to hear from Ms. Go Alanna!