Hey, readergirlz! Did any of you go to the movies over Thanksgiving weekend? Don't forget to go to a bookstore while you're at it and grab the books which inspired your new favorite flicks!

Before his debut novel, Silver Linings Playbook, was made into a major motion picture starring Bradley Cooper and Jennifer Lawrence,  Matthew Quick visited readergirlz. That was back in December 2010, when we featured his first YA novel, Sorta Like a Rockstar. He spoke with us about compassion and kindness, themes that permeate all of his books. Melissa later wrote a Cover Story about Boy21, another Quick pick.

If You Want to Understand Me, Watch/Read This!

If You Want to Understand Me, Watch/Read This!

Leverage, my favorite currently-airing TV show
Singin’ in the Rain, which makes me so very happy
Anne of Green Gables - and after you read the book, please watch the Kevin Sullivan adaptations of Anne of Green Gables and Anne of Avonlea
The Little Mermaid, Disney’s Ashman/Menken musical
Books by Christopher Golden, because they are brilliant
For longer descriptions and explanations, please visit the original link.
What books, movies, and TV shows could help me understand you? Please leave your comments at my blog, Bildungsroman!
http://slayground.livejournal.com/722825.html 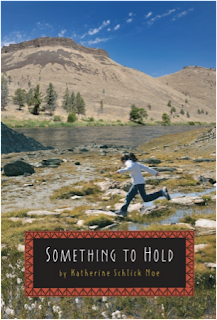 Hi girlz! A few weeks ago I attended the Washington State Book Awards Ceremony at Richard Hugo House in Seattle. I’m delighted to announce that Katherine Schlick Noe’s Something to Hold won in the middle grade/young adult category—and was also named a Notable Social Studies Trade Book. I covered her launch party here, and it was a joy to see her book get the attention it deserves.

Something to Hold is historical fiction based on Katherine’s experience growing up on the Warm Springs Indian Reservation. It’s a warm, provocative, poetic look at a time and place that many of us could never imagine except through stories like Katherine’s. Below, she answers a few questions about writing from real life: 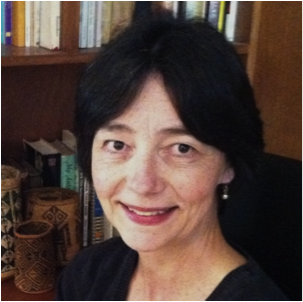 What was it like living on an Indian reservation?

For as long as I can remember, other non-Indians have asked this question.   It’s always been hard to explain.   Like all of the foundational, complex questions of our lives, there are many answers.   They finally began to solidify when I started to write Something to Hold.

This work of fiction is inspired by my memories of living on the Warm Springs Indian Reservation in central Oregon in the 1960’s.  Like Kitty’s dad, mine was a forester with the Bureau of Indian Affairs.  He and my mother left Iowa in 1950 to take a job on the Colville Indian Reservation in north-central Washington state.  They didn’t know then that they would spend the rest of their lives working with and living among Indian people.  My brothers and I were born on the Colville Reservation, and we moved every four years, living near Washington, DC and on the Warm Springs and Yakama Reservations.

The years at Warm Springs were pivotal for me, as they are for all children between the ages of seven and eleven.  Something to Hold is grounded in universals.  We all long to find a place to belong, to make friends, to feel connected and rooted.  The book also explores a unique perspective of a non-Indian outsider’s growing awareness of prejudice, including her own.

My writing began with one memory: In the fifth grade at Warm Springs, a classmate I both feared and admired refused to read out loud, and our white teacher took her out into the hall, shook her, and left her there.  Reading out loud, one paragraph at a time, was a normal practice in every school I had attended.  I hated it – so boring to listen to other bored kids read something boring – but I would never have refused.  I couldn’t understand why my classmate would defy this teacher, who allowed no disobedience of any kind, in this way.  That event had a profound impact on me and is one reason that I eventually became a teacher.  No child should be humiliated that way.

That event is also what moved me to write about living at Warm Springs. Having wrestled with the memory for over 30 years, I did what we encourage young writers to do -- started listing all that I could remember about it. Then I began to tell the story. I was writing in order to make sense for myself, to understand why she would dare to do something I would never have had the nerve to consider. But, of course, I couldn’t remember everything, and that’s when the fiction took over.

As Something to Hold took shape, I had a chance to meet my classmate again.  Both of us now grown, we visited over our class photo, talking about how life had turned out.  It was clear that hers had been filled with hardship, so different from my own.  When I asked her about the event that had affected me so deeply, she looked me in the eye and said, “It never happened.”  I knew in that moment that this was not my story to tell. So I took that episode apart, changed the details but kept intact the power and fear and strength of will – all of the emotions that were so influential for me -- and gave them to my two antagonists, Raymond and Jewel.  In the chapter “The Capital of Vermont,” Raymond and Jewel stand up to their teacher and triumph over humiliation.  And Kitty learns something powerful about speaking out for justice.

Many of the events in Something to Hold are based in truth.  The only way I could begin was to build Kitty’s story around my memories:  a Bible-quoting teacher, the death of a child, a boy who fell through the ceiling of my classroom while working in the school attic, how razor blades horribly derailed an art project.   I created a series of episodes tethered loosely to reality – and then slowly wove in the characters. 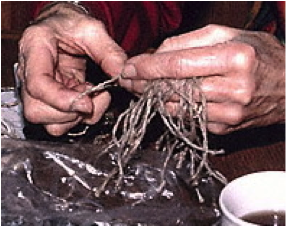 This image guided me: A basket maker begins with a tangle of warps and wefts, a mess of strings held in her hand. Carefully, intentionally, and sometimes magically, she weaves them together into something beautiful, powerful, and enduring – just as a writer weaves with words.

My goal was to create a tapestry of characters that manage to find their own way and also to help each other live with courage and hope – especially when it’s a struggle to do so.  I hope young readers will identify with Kitty, Raymond, Jewel, and Pinky and the ways in which they reach across a chasm of difference to connect with one another.   I have my classmate to thank for getting me started.

Thanks, Stephanie, for the update, and the fantastic interview!

Joy of joy, readergirlz! A full cookbook from the winning vegetarian blog, Herbivoracious, by Michael Natkin! Packed with "global flavors" your palate will be delighted with the recipes in this extensive collection.

"Why vegetarian? Because vegetarian meals are good for you, tread more lightly on our planet's resources, and are kinder to animals. And personally, I figure that because I am a vegetarian I have a little leeway to indulge in extra chocolate, cheese, or French fries without overdosing on saturated fats."

So says Chef Natkin. Sweet! With an aim to pack immense flavor into each dish, you'll never miss the meat in the 150 original recipes. Photos of food dishes, not staged, give the book an honest, tangible feel.

How about chickpea fritters, white bean and kale soup, Persian rice pilaf, or caramel apple french toast? I am working my way through this beauty and enjoying the artistry, journey, and taste. Further features are found at the website where an interactive community thrives. Find Herbivoracious and eat your veggies, rgz!