Meet Will, the real-life steampunk readerboy

I am pleased to introduce our very own steampunk readerboy: Will, the first mate of the H.M.A.S. Dauntless, pictured here with some of the crew, bosun Johnny "One-Button" and Sasha, at the PAX convention. They had a blast at this event, where they hung out with Harley Quinn, used the force with some Jedis, and ran into Frank from Donnie Darko, among others.

Oh, see those cool googles Will's wearing? He made those himself. 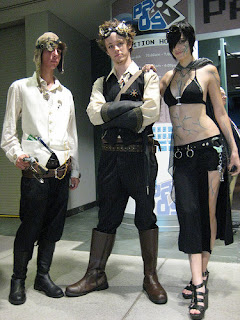 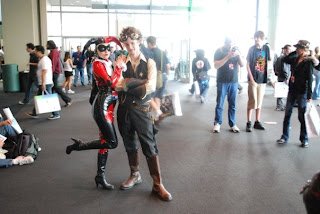 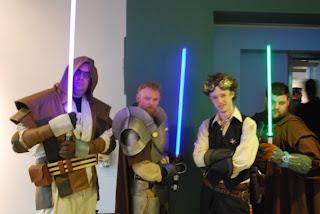 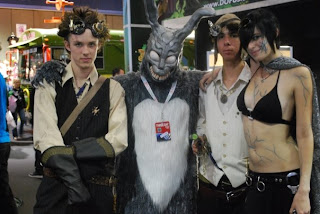 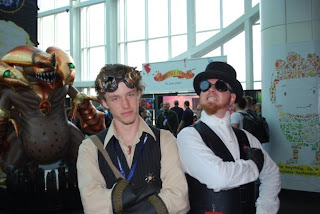 Leviathan by Scott Westerfeld, this month's featured title at readergirlz, has joined the crew's bookshelf. You should have seen Will's face when I told him we got in a new steampunk title, back when the book first arrived in the store.

A mutual friend of ours, Brendan, would have loved this book. You are missed, Brendan.
Posted by Little Willow at 7:00 AM

Top o' the morning to ya, Will!

Was that PAX up in Seattle? I went to that! Our friends' band, Freezepop, was the headline - cool outfits!