Featured Title: THE BEAUTIFUL BETWEEN, by Alyssa B. Sheinmel 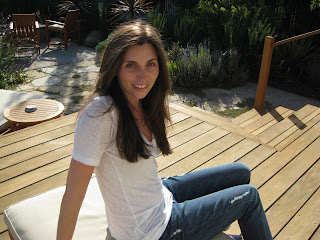 Alyssa Sheinmel is the author of this week's Featured Title, The Beautiful Between, as well as the forthcoming The Lucky Kind, releasing this May. 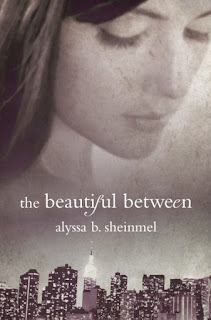 The eagle-eyed among you may recognize her last name - indeed, Alyssa is sister to Courtney Sheinmel, whose novel, Positively, was last week's featured title. Obviously, talent runs in the family - not to mention, the ability to craft an optimistic, hopeful message within a story that deals with serious themes.


Here's what School Library Journal has to say about The Beautiful Between:

Connelly Sternin, 16, moves through her New York City high school on cruise control. She is an average student who doesn't get into trouble, doesn't sit with the cool kids, and has a quiet home life. She fantasizes that she is living in a fairy tale and sees herself as Rapunzel, confined in an Upper East Side tower amid college applications and SAT scores. She sees wealthy Jeremy Cole as the prince of their school: loved and respected by all. What she doesn't see coming is a friendship with him based on tragedy—his younger sister has leukemia—and secrets—Connelly is preoccupied with learning how her father died. Jeremy knows more about her life than she does, and together they find the fortitude to face the present and the past.


One of Alyssa's greatest skills is handling dark topics with a light touch - her protagonist balances introspection with humor, and Sheinmel's high school setting rings very true (even for those of us who've been out of high school for, um, some time now). I'm so glad that she's here today to talk with us about Hope!


I was honored to hear that The Beautiful Between had been selected as a Featured Title on readergirlz, but even more so when I learned that the theme for the month was Hope.  As I write this, it’s the holiday season, and hope seems to be on everyone’s mind.  Hope was certainly in my mind when I sat down to begin writing The Beautiful Between: hope that I would actually finish a book I had started writing; hope that the story would take shape, and take off; hope that it might be published; hope that it might find readers.  And, hope was in my mind as the story developed, because, despite the fact that The Beautiful Between deals with some fairly sad, if not downright depressing, themes – isolation, estrangement, death – I really believed that it was a hopeful story.  A story filled with the promise that although life may hand you painful things along the way, you can also find the grace to play – and win – with the cards you are dealt, good and bad.  So, I’m thrilled for The Beautiful Between to have been chosen by readergirlz, since hope is such a tremendous part of the story.

And I think that hope is a tremendous part of being a writer; at least, it certainly has been for me.  I think there’s hope in every sentence I write: hope that I will learn to say things better than I have before; hope that the story in my head will come across on the page, (or the screen, as the case may be).  And then there is the hope that writers place in their readers’ hands: hope that someone will read your book and understand what it is you wanted to say; hope that someone will read your book and like what it is you’ve said.
And, for me, looking over what I’ve written, from the novels I’m working on now to the short stories I began writing when I was six-years-old, hope has been an over-arching theme in my writing.  I often place my characters in difficult circumstances, and I might beat them up a bit along the way.  But I think almost everything I’ve ever written has ended on a note of hope.  A note that perhaps, despite what my characters may have lost over the course of the story, they also gained something – a friend, a love, or maybe just an insight – that will make their lives infinitely better than they were when the story began.  Sometimes, I think the thing my characters gain the most by the end of a story is hope itself, and that allows me to leave them behind, to end the story, knowing that they might go on, better and more hopeful, than they were when I began.
One of the best pieces of writing advice I've received was "break your characters' hearts every day," so I completely agree with Alyssa - testing your characters with adversity allows them to grow stronger through the course of a story. And hopefully (pun intended), reading about characters finding hope in seemingly hopeless situations can help readers find their way to a more positive place in their own lives, as well. 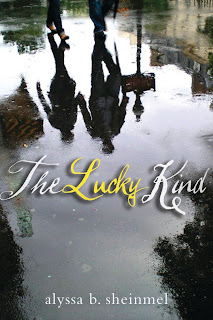 Thanks so much to Alyssa for joining us! Be sure to check out The Beautiful Between, and keep an eye out this spring for The Lucky Kind!

YAY for my sis!

YAY for both of you - and for coming by to hang with the rgz!

The Beautiful Between is, indeed, beautiful. Kudos to you, Alyssa. Can't wait to read your next book!