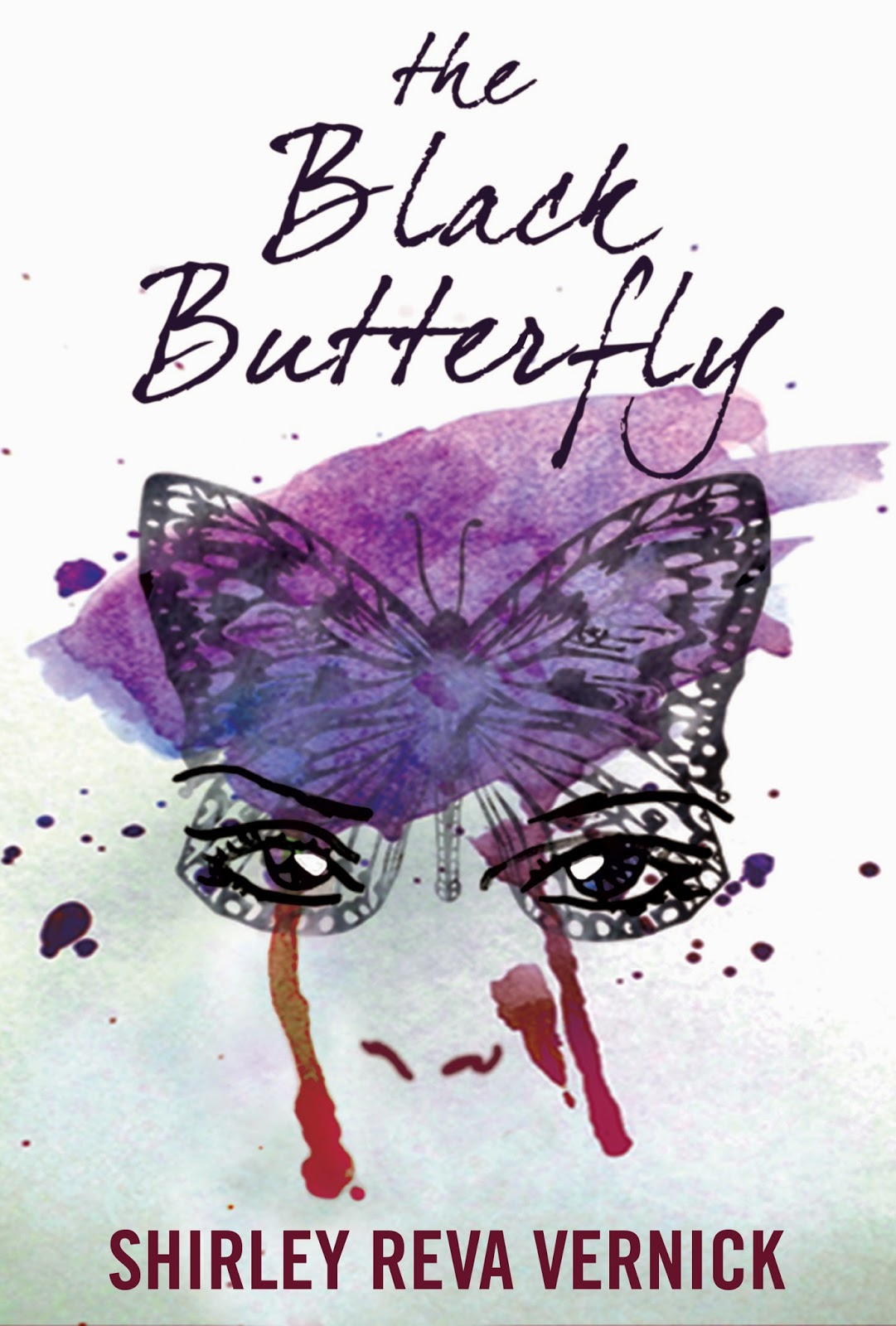 "Designing the cover for The Black Butterfly spanned several months and numerous drafts, and I think the effort really paid off. This is my third novel with Cinco Puntos Press, and while I immediately liked the initial designs for the first two books, I wasn’t crazy about the early renditions of The Black Butterfly cover. I didn’t have a specific image in mind of what I wanted, but I knew it needed to evoke a sense of eeriness and otherworldliness.

"This novel is about ghosts, haunted mansions and strange dreams, after all. The original cover versions didn’t capture that, in my opinion. The early designs were all variations of the cover on the right.

"The designer was thinking that the hands resembled a butterfly. One of the thumbs is supposed to be see-through, like a ghost. But it just didn’t work for me. The typeface of the title is meant to look like a teen’s handwriting, since Penny, the main character, is something of a writer. But I felt the typeface didn’t match the mood of the story inside.

"Then the designer suddenly 'got' it. Out went the photos of hands, and in came an illustration of…something wonderful. Something dangerous, ambiguous and compelling. Part butterfly, part phantom, part human, part mystical. I love how the dripping streaks of color could be either tears or blood—or both.

"I consider this cover to be a true collaboration among the publisher, the designer and me. While I’m not the most visually oriented person (which is how I ended up with a green house when I thought I was picking out grey paint), I do appreciate being included and heard.

"In closing, I should mention that the designer gave birth a few days after coming up with the new prototype, and she jumped into the tweaking stage just three weeks after the delivery. Talk about girl power!"