Stephanie Guerra is here to report on the details from the 2013 ALA Midwinter conference, which took place in Seattle: 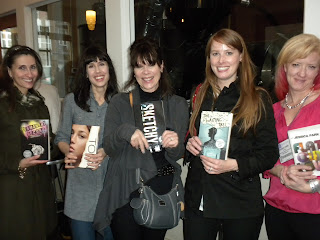 The 2013 ALA Midwinter Conference took place in Seattle recently. For days, the city was overrun by literally all of my favorite people: authors, editors, agents, publishers, teachers, and most of all, librarians. The energy, humor and passion of these literacy professionals made for an exhilarating and transformative gathering. I had a chance to meet some of my favorite authors and illustrators, as well as some impressive new talent. I’d like to introduce you to three debut YA authors who will be making a splash in the spring. To give you a taste of what’s to come, I’ve asked each to share a few words about a writing topic close to her heart. Meet Leslie Stella, Lindsay Moynihan, and Olivia Samms. 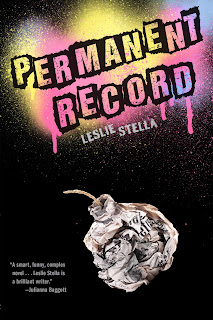 PERMANENT RECORD by Leslie Stella is the story of a bullied Iranian-American teenager, and the unorthodox way he retaliates against his tormentors. This dark comedy explodes with an edgy attack on post-9/11 fears.

My mother gave me a copy of Robert Louis Stevenson’s A Child’s Garden of Verses, illustrated by Ruth Ruhman, when I was four. She said I taught myself to read from that book. That may be; I remember lying on the bed in the room I shared with my sister, the book open on my pillow, “reading” the pictures with my fingers. Yes: reading the pictures. It’s a gift small children have, to extract knowledge through their fingertips. The book wasn’t textured, no pop-ups, nothing unusual from a tactile sense, yet with that open curiosity that kids have—not knowing that reading pictures with your fingers was “wrong” or didn’t make sense—I drew my hands across Ruhman’s illustrations, and that brought me to the setting of each Stevenson poem. The riverbank sands of “Where Go the Boats?” and the Indian mother’s sari in “The Sun Travels” and the cold garden walls and howling dogs of “The Moon”; all of these set my imagination turning in ways I could not explain then, and really can no longer understand now that I am grown. But I felt the slick silk of the mother’s sari in my fingers—I really did!—and it made me dream of India; what was the weather like there? Were the windows open all the time? Were the mothers like mine? I touched the leaves in “Autumn Fires,” and I smelled the wood-smoke from English bonfires thousands of miles away and a hundred years before. It’s a magical ability that all children have, natural and unbounded. It was the first step in my writing history, the first step for any writer: Transport yourself. This is simple; this is beautiful; this is reading.

THE WAITING TREE by Lindsay Moynihan is about a young gay man in rural Louisiana who is “outted” to his family and community and examines his own beliefs about what love means and who he is as a person. 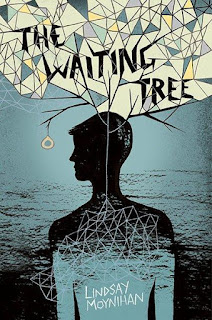 At A.L.A, I was asked some interesting questions about why I had made certain decisions regarding the plot and characters. People were intrigued. Why did I make a character this and not that? Why did I have this person go here rather than there? It got me thinking about my writing process in general. While I managed to come up with intelligent answers (well I thought so anyway), the whole time I was thinking to myself, I’m really not sure why I did that…I just did! Not to say that there was no method to the madness here. I am very aware of the message I intended this book to present to the reader and made every effort to see to it that it happened. In terms of certain character or plot details, however, I don’t always have a reason for the decisions on the tip of my tongue. Some things just feel right. That’s what I love about writing, though. You spend all this time creating people and places and lives that you know better than your own family. Then you send them out into the world so that the reader can get to know them, too. It’s exhilarating…and frightening. Maybe the next time I’m asked a “why this and not that” type question I won’t give them my own opinion. I’ll ask for theirs. After all, The Waiting Tree is in your hands now.

SKETCHY by Olivia Samms is the story of Bea, a seventeen-year-old artist with the disturbing ability to see—and then draw—images from other people’s minds. Can Bea use her talent to take down a local killer before he strikes again? 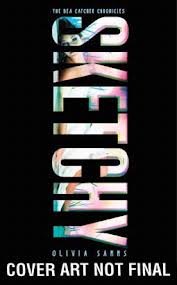 Olivia Samms on her main character:

SKETCHY (April ’13) deals with a seventeen year old edgy, artistic, recently sober girl, Bea. I firmly believe that the most sensitive, important people in society carry around demons in their back pocket, sometimes secretly, sometimes openly, and the struggle of keeping those demons at bay fuels passion, art and great inventions—and has throughout time. Bea struggles daily with “the beast” but with her newfound sobriety, discovers she has the uncanny ability to draw the truth out people . . . literally. I love Bea—her core imperfections—her being empathic and an HSP (highly sensitive person). And I love that she uses her “power” to help others.  My hopes and dreams with this series are that it resonates with those struggling—and informs others to think before they judge. Sometimes bad stuff happens to good people. And sometimes that bad stuff is the impetus for great stuff.