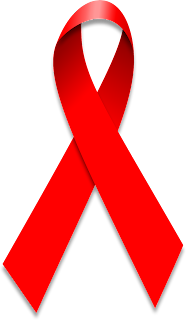 Today is World AIDS Day, and while modern medicine has made HIV less threatening in the short term here in the US, it's still a huge issue that faces our world. Take, for instance, the fact that there was a 34 percent increase in HIV and AIDS cases diagnosed among teenagers 15 to 19 from 2003 to 2006, according to The New York Times.

We're joining with Bloggers Unite to spread awareness of World AIDS day today, and there is a wealth of information on how you can get involved here.

Since we at readergirlz are book lovers, we have to mention the lyrical Push by Sapphire, a graphic, harrowing story of a girl named Precious who deals with pregnancy, incest, abuse, HIV, and, in the end, hope.

What other books have you read that deal with HIV and AIDS?
Posted by Melissa Walker at 9:05 AM

Other AIDS related books I've read:
Abela: the girl who saw lions by Doherty
Fade to Black by Flinn
Chasing Sunsets by Schemmer

When I was in high school I read the Ryan White biography twice. I was very moved by that book!