rgz Newsflash: Get ready to #rockthdrop

It's under a month away! It's coming! Operation Teen Book Drop, 2015, also known as #rockthedrop. For right now keep an eye for that YA book, or several, you own and want to leave in a public place on April 16th. We'll be celebrating YALSA's Support Teen Literature Day. Happy finders will be enriched by your beloved reads.

This year instead of a book plate, we are going with a bookmark by Little Willow. Placed in the book, all will know you are leaving a FREE gift. You can print your own by right clicking one of the below and opening the image in a new tab.

Watch for It: The Game of Love and Death 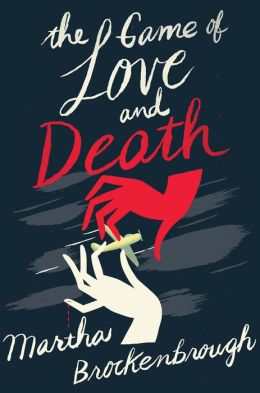 readergirlz! This is our own Diva Martha Brockenbrough's next EPIC work. The stars are zooming in from the critics for this masterpiece. Rights are selling around the world. We are cheering and can't wait for you to read THE GAME OF LOVE AND DEATH!

Here's the overview for you:

Not since THE BOOK THIEF has the character of Death played such an original and affecting part in a book for young people.

Flora and Henry were born a few blocks from each other, innocent of the forces that might keep a white boy and an African American girl apart; years later they meet again and their mutual love of music sparks an even more powerful connection. But what Flora and Henry don't know is that they are pawns in a game played by the eternal adversaries Love and Death, here brilliantly reimagined as two extremely sympathetic and fascinating characters. Can their hearts and their wills overcome not only their earthly circumstances, but forces that have battled throughout history? In the rainy Seattle of the 1920's, romance blooms among the jazz clubs, the mansions of the wealthy, and the shanty towns of the poor. But what is more powerful: love? Or death?
Do you see what I mean? Squeeeeee! Shout out to Martha!
The Game of Love and Death
by Martha Brockenbrough
Arthur A. Levine Books, April 28, 2015