Watch for It: Nobody's Secret

Coming from Chronicle, March, 2013, is Nobody's Secret. Do you like a mystery? Are you intrigued by Emily Dickinson. Find this work and enjoy!

At fifteen, Emily meets a handsome stranger, a Mr. Nobody, who only days later is discovered dead in her family's pond. With Emily's inquest, she moves through the mystery to understand and honor this man's life. Author Michaela MacColl begins each chapter with excerpts from Emily's own poems. The blending of fiction and fact is engaging in this fast page turner.

rgz HOST, Seattle: Return to Me Happy to play rgz HOST tonight and report on the wonderful book launch of co-founder Justina Chen for her latest release, Return to Me. 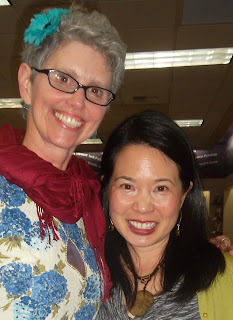 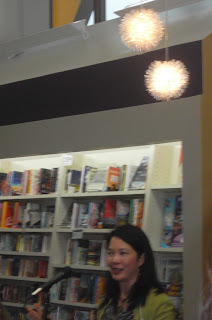 Love this photo with stardust above Justina. :~) 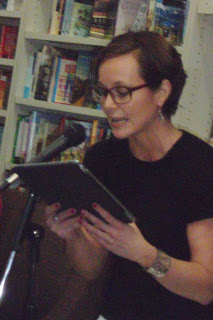 Therese Plummer, actor who recorded the audio book of Return to Me 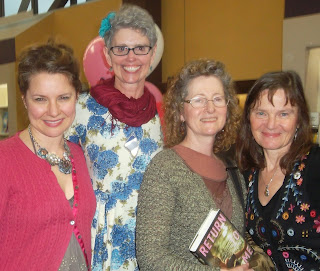 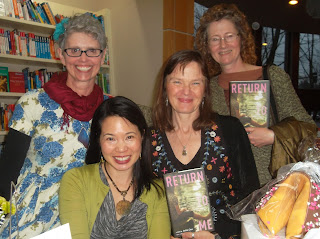 Justina talked of the moment when you are ground to dust only to realize it is stardust revealed, stardust you are made of and surrounded by in your family and loved ones. Everyone was inspired and touched. Enjoy the photos, rgz! Happy reading to you each.

Watch For It: Feral Nights and Eternal

A shout out to our beloved Cynthia Leitich Smith! Eternal, Zachary's Story, the paperback graphic novel illustrated by Ming Doyle, will be available February 12th, along with Feral Nights. The later develops characters from Tantalize in their own series. Both books pack a supernatural punch, so watch for them. Congrats, Cynthia! 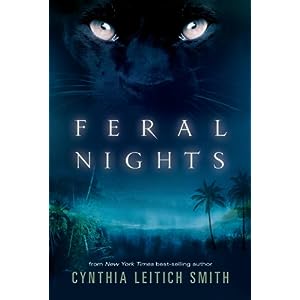 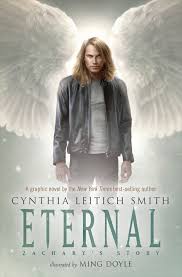 Congrats to this year's Youth Media Award winners! Here's a select few to start the celebration. Yay for Tamora, who is in our own rgz Circle of Stars. See the whole awards list here.


Margaret A. Edwards Award for lifetime achievement in writing for young adults: Tamora Pierce is the 2013 Edwards Award winner. Pierce was born in rural Western Pennsylvania in 1954. She knew from a young age she liked stories and writing, and in 1983, she published her first book, Song of the Lioness. She continues to write and even record her own audiobooks. She currently lives with her husband (spouse-creature) and a myriad of animals in Syracuse, New York.

rgz Newsflash: Reach Out and Read 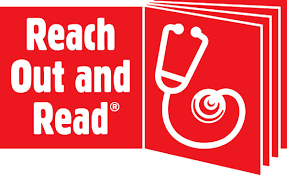 So excited to learn of Reach Out and Read and then hear my work was chosen for the program. Check it out and visit the drive. Here's to readergirlz' little sister site, readertotz, and community service for them!

Reach Out and Read prepares America's youngest children to succeed in school by partnering with doctors to prescribe books and encourage families to read together. In the Greater New York region, we provide new, age-appropriate books and literacy guidance to over a quarter of a million children.

Bedtime Kiss for Little Fish is one of 11 books included in the online Virtual Book Drive. www.reachoutandreadnyc.org/VirtualBookDrive.htm

This year the celebration is the 14th Anniversary of Reach Out and Read of Greater New York, on May 6, 2013, at The Helen Mills Event Space and Theater in New York City. Susan Kaufman, Editor of Time Inc.’s People StyleWatch Magazine will serve as Auction Chair.

Thanks for taking a look. And thanks to Scholastic for their contributions!

This, rgz, this is Justina Chen's heart which conceived our community. Read the Kirkus Feature by her and be inspired. Then, read Return to Me. 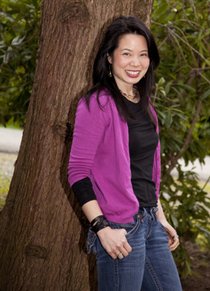 rgz Newsflash: A Night of Awesome was Awesome

Did you all catch John and Hank live? The show in Carnegie Hall was amazing. So much fun! readergirlz are Nerdfighters. Thanks, brothers! We celebrate with you!

Joy of joy! Co-founder of readergirlz, Justina Chen, is launching her latest novel today! Get ready for the beautiful, raw, realistic Return to Me. You will be moved. Just listen to the thoughts of other readergirlz:

"So basically, they are real people. And that makes reading about them to be completely engrossing."
Kelly Hager

"Return to Me is inspirational, it's raw emotions, and it's powerful! It's more than just reading a book. It's living in the story, being Rebecca!"
Jovan Tucker

"Justina has done such a great job at story telling you will be enthralled with this book and will not be able to put it down."
Tee

"I can't even recount how many times I cried while reading this book. It was pretty amazing."
Kristilyn

Here's the description from Amazon:

Nothing is going as planned for Rebecca Muir. She's weeks away from starting college--at a school chosen specifically to put a few thousand miles of freedom between Reb and her parents. But her dad's last-minute job opportunity has her entire family moving all those miles with her! And then there's the matter of her unexpected, amazing boyfriend, Jackson, who is staying behind on the exact opposite coast.

And if that isn't enough to deal with, mere days after moving cross-country, Reb's dad drops shocking, life-changing news. With her mother and brother overwhelmed and confused, Reb is left alone to pick up the pieces of her former life. But how can she do that when everything can change in an instant? How can she trust her "perfect" boyfriend when her own dad let her down? Reb started the year knowing exactly what her future would hold, but now that her world has turned upside down, will she discover what she really wants?

Happy Book Birthday, Justina! We are so proud of you and this work you are releasing with so much love. Thank you!


Join the Celebratory Twitter Party at #LBSchat at 5 PT, 8 ET!

Which Door Would You Choose?

You find yourself in front of seven identical doors. A voice from above tells you, "These seven doors lead to seven different places: Narnia, Neverland, Wonderland, Hogwarts, Camelot, Middle Earth, and Westeros." Which door do you go through? Why that door? What happens?

I would go through the door to Wonderland without hesitation. I have always loved Alice's Adventures in Wonderland and count it as one of my top ten books of all time. The character of Alice and I have a lot in common, beginning with our curiosity and continuing with our adoration of cats, a thirst for knowledge, and sheer determination. I would love to wander through Wonderland and interact with different characters from the books, especially the White Rabbit, the Gryphon, and the Cheshire Cat. I'd rescue the hedgehogs from the croquet games and delight in the chess game. Plus, I really love the hallway of doors in Wonderland.

Read more at my blog, Bildungsroman.

Which door would YOU choose?